"There is only one way to avoid criticism: do nothing, say nothing, and be nothing."---Aristotle

A lot of you guys on facebook know I have been working on this blog entry for a bit. It was actually requested from quite a bit of people (ASMRtists and viewers). I mulled about it, and I finally decided to publish it today.  I hurt my back recently lifting something heavy like an idiot (used my upper back instead of my legs).  I am currently icing it down with a frozen bag of spinach, and using my sister's laptop to write this.  I logged on, found the standard number of trolling/hate messages to me, and thought "I'm stuck on my couch. My back just became the Duke of Douchebaggary.  I can't do anything.  I'm going to do this."

If you display yourself on the internet, you are almost certainly going to come into contact with WTFery.  ASMRtists are no exception to this.  While there are some super thick skinned and witty troll slayers in our wonderful little niche (shout out to the gorgeous and talented Amal---one of the best brains around town, and one of the most unflappable people I have ever encountered), many people enter the community not knowing what to expect or how to handle what is said to them.  Even seasoned ASMRtists can be wounded by internet shenanigans.  As a result, many leave, take hiatuses, close their channels, or take things to heart.  So for this entry, I want to talk to you about what kind of things might be said to you, why they are being said, and the options you have upon receiving them/finding them. By no means is my word law---I am just a dorky girl who talks to her camera for hours in her pajama pants---and I am going to speak to you from my experiences.  I am going to give you examples of things that have been said to me, but I don't want this entry to be something that makes you mad or sad.  I have cherry picked some of my favorite comments/messages that I have used to cheer up other ASMRtists, or just crack me up.  I want it to be something that can make you laugh, and perhaps inspire you to keep trucking no matter what someone says to you about your endeavors.  Let's give this a shot, shall we?

What I am going to say might sound harsh, but stick with me, alright?  You are going to be judged.  I am not saying that you need to be complacent with the judgments, or that people are right to judge---I am saying it's going to happen.  The possibilities are endless:  If you don't show your face, people will attack you for your anonymity.  If you show your face, people will call you an attention whore---heck, even if you just show a picture of yourself, you can get called a narcissist. 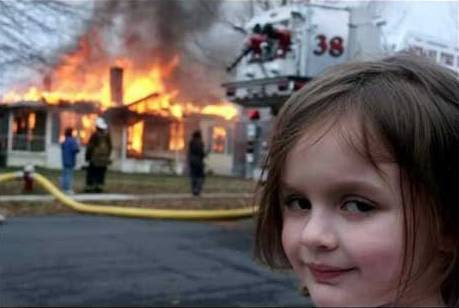 You might encounter trolling.  A troll post is one that's intended to get a rise out of you and/or your viewers.  They're looking to incite an emotional response.  Many times you will see them on loads of other ASMR channels trying to goad people into interacting with them.
You might get creepy messages.  This is when someone tries to engage you in an unwelcome sexual way, or trick you into fulfilling a fetish request.  It is important to note that everyone's definition of a creep is subjective, and not all comments that have to do with your appearance are made with the intent to engage with you in a sexual way or objectify you, not all fetish requests are made in a disrespectful way, or that any sexual comment is made by a creep.  What matters is what your own personal boundaries are---unwelcome is key.

You might find there are people who loathe you.  A hater is someone who vehemently doesn't like you.  They don't know you, but they've convinced themselves they've got you pegged.  Haters are loyal.  They're the ones subscribed to you just to thumbs down your vid.  They're the ones who make a point to down vote you on reddit no matter what you post.  They comment on your vids/threads to tell you how inadequate you are.  You exist, and they want to let you/everyone else know how much you suck for existing.


There are people who will insult you because you/your videos don't fulfill their individual wants/cater to them in the way they think you should.  These people don't care that you aren't creating content for other people, because you should be doing everything you can to please them specifically. If it doesn't work for them, that means you don't work at all.  These are not people offering constructive criticism (constructive criticism is valuable and can help you grow as a content creator)---if you aren't acting in accordance with their wishes, they can attack your character, discredit your work, and sometimes even threaten you.
There are some people who can get unhealthily attached to you.  To them, you are not a stranger on the internet making ASMR vids, you are someone they have decided/imagined belongs in their real life.  These are the people who might try to find out where you live.  They watch who you interact with, they ask people they think know you for information about you, etc.  There are some days you might wish they were trolling.


There will be people who won't like how you comment to people.  There are those who won't like if you stand up for yourself or your peers, or even make light of negative comments.  Some people feel like you exist solely for content, and you shouldn't have a voice aside from the function they designate for you.  If you respond to comments/videos in a way they don't approve of, they feel it's a negative reflection of your character.

Not every negative or harsh message/comment is intended to harm.  There will be people that just don't like you or your content cause something about you or your vids don't work for them, and they might let you or others know---but they aren't doing it with the intent to hurt you.  They are just stating their opinions, and while it might not be awesome to hear, it doesn't mean they are "bad."

Why am I telling you all this?  This entry is long, and it might be things you already know, or seem obvious, and/or trivial.  If you watched my Draw My Life, or frequent my blog, you know I'm a spiteful woman who believes that "success is the best revenge," and I believe that people who are trying to hurt you are irrelevant.  But admittedly, I have really thick skin.  Not everyone has thick skin---and even those who do, aren't impervious to being hurt.  If it helps to visualize it this way, think of a mean spirited/unwelcome remark as a paper cut.  Is it going to kill you?  Nope.  Does it hurt?  It can.  Now think of getting bunches of paper cuts every week.  For some people (regardless of subscriber count), they come every day, across multiple mediums.  Eventually for some, it can become a death by a thousand paper cuts (death being a metaphor for closing their channel, or losing their drive to make vids, etc).  People tend to remember the bad more than they remember the good, and it just takes one "cut" to get under your skin.

I have talked about giving power to people in "You're Not a Purple Frog" and I have talked about recognizing comments as being relevant or irrelevant in "True Life: I am an ASMRtist".  I want to talk about being "selfish" now.  Your channel is an expression of you.  It's your territory.  It's your place to create.  As such, it's important that you like the space you've created for yourself on Youtube.  We make videos for other people, but it's important that you make videos for you first.  Doing what you want, having fun with your ideas, enjoying the time you put into your channel---these are things that keep you driven to produce more.  If you are doing what you love, it's a lot harder for the kinds of negativity you might see to taint your endeavors.  Don't be scared to be "selfish," and try new things, or stick to old things---don't be scared to make yourself happy and comfortable.  It's your time and resources you are putting into your channel---spend them on something you can love.

Making videos for yourself and to your standards doesn't mean you don't care about your viewers---quite the contrary.  It means you care so much about your viewers that you want to give them the best work you can deliver without compromising yourself.  You aren't going through motions when you make a video.  It means you are giving them genuine efforts with the best attempts you can muster to give them something they can be proud of too---having viewers that are proud to be your viewers means more to you than just numbers.  Taking in the constructive criticism without taking in the nonsense, acknowledging the incredibly important feedback from your viewers, having pride in your accomplishments, investing yourself in your endeavors, enjoying working hard on something, all lend to producing better content for people---the people you WANT watching your channel.  As much as I am proud of my Youtube journey, I am SO proud of the friends and viewers I have---I have said it before, and I'll say it again:  They are some of the best people on the internet. 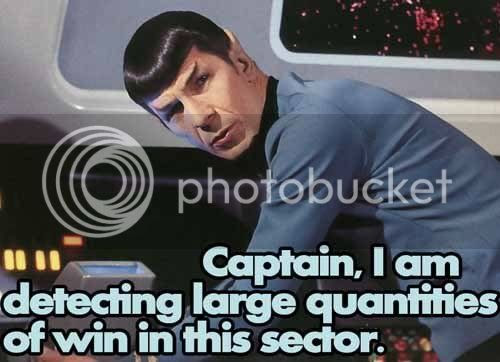 I hope that this entry (if you made it this far) made you laugh, smile, feel determined to keep going.  I want to reiterate that I don't know everything.  I don't have all the answers.  I am not an expert or an authority that has any clout or control over the internet.  I have been a Youtuber for a little over a year and half and feel insanely lucky for every experience I have had as one.  I have met so many people I like and so much company that I care about, and I just want to keep seeing you all around the tube.