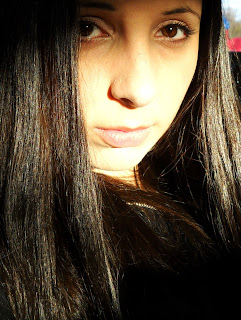 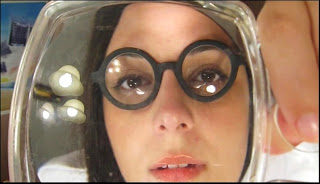 Phew.  I finally got my robot role play out.  I had such a fun time making it, but like always, upon reviewing it, I saw a million things I wished were different.  My hair is frizzy.  My doctor jacket makes me look like a football player.  I wish I didn't have to scale my dinning room table to get to the left side of the mic.  I know there are a lot of other content creators who do the same thing---agonize over their work, post and run, and hope the comments the next day don't reflect all the criticisms they face in their heads.

If a content creator came to me, and wanted to vent about their work in the way I criticize my own, I would tell them they were crazy.  True story:  My middle name is "Hypocrite."

That wasn't a true story.  My middle name is actually "Fibber."

Anywaaaaay, the point is that it's much easier to see the good in others' work, just as it is to see the flaws in your own.  It's hard to own mistakes.  It's even harder to say "I see you, mistake...but that's okay, you can stay."  Accepting that things will be flawed is something I still have to actively work at (even after 6 months of making videos).

The positive side of the coin is that complacency is never an option.  I just need to find the balance and stop Lemongrabbing it up every time I see something I don't like.  http://www.youtube.com/watch?v=07So_lJQyqw

I find it kind of funny my video about robots made me feel the need to reflect that it's okay to be human.  :P
I also find it funny that I keep capitalizing the word "robots" when I type.  Silly fingers.

This video was the first one where I used  5 audio layers.  The pic doesn't show you all of them, and it isn't zoomed in, so you can't see all the lines very well---but that's what I've been doing for the last 3 days.  I'm sure to sound editing pros, this looks like cake, but it I am not yet at cake level.  One day, cake...one day you will be mine. 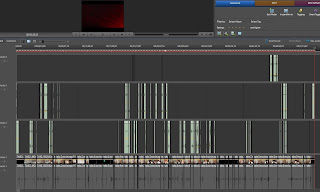