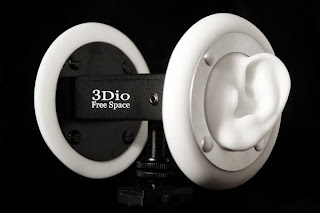 If you have been with me from the beginning, you know I have gone through quite a bit of equipment to get here.  I started out recording on my point and shoot camera with a built in mic, on a stack of cat food cans.  It's a great camera (that I still use---just not for ASMR vids), but it created a substantial amount of white noise, and would begin to lag after 3-5 mins of taping---so I would have to stop every 4 mins or so, to right it.

Then Santa brought me a bunch of new mics:  The Yeti, some that I could clip to my shirt if I wanted, and a binaural one that I couldn't wait to try out.  Unfortunately when I tried to use it, it was plagued by a pervasive buzzing.  I was very lucky to have people helping me trouble shoot, but ultimately I ended up spending more money on another binaural mic, and additional equipment to make that mic work---and I still had to contend with the heinously evil lap top fan that loved to go on full blast when I wanted to record.  This made it impossible for me to not have to put my audio through Audacity's noise removal, which (IMHO) butchered the integrity of the sounds I was trying to create.  http://theninjagang.files.wordpress.com/2013/04/sherlock-couch.gif

I was never completely happy with the binaural audio I was putting out.  I would put so much time and effort into each video, and then still feel the need to apologize for it---and that was very frustrating for me.  Making effective ASMR videos is something I truly love and want to do, and I wanted to be proud of the work I was putting out.  I really hated saying "sorry about the laptop fan" or "sorry about the buzzing" or "sorry about the sound quality"---I wanted to put out something where I wasn't compelled to say "sorry."  http://25.media.tumblr.com/tumblr_m8m4b1yeIH1r6r33so1_500.gif

My laptop eventually bit the dust (RIP) and I ended up borrowing even worse off laptops from others (which did nothing to help my binaural recordings).  I had mulled about getting new equipment for months.  I didn't know if I wanted to get a new lap top, or try recording with a tablet, or what---but the Free Space Pro solved that for me.

The mic can be found here:  http://3diosound.com/

The mic has ears.  Seriously.  The mics are inside the ears, not only helping to create more accurate 3D sound---but making it so much harder to create abrasive breathing noises by talking near it (something I try to do a lot, since ear to ear videos are so triggering for people).  I also no longer have to contend with mounting a dummy head on the tripod with tape and Velcro, and fighting against the wires from them that are connected to a lap top---the mic is powered by a single battery---no strings attached.  AND it mounts to a standard tripod!!!!!  I got mine with mounting hardware (specifically made for the mic), so that my camera is fastened in front of the mic, my recording device is at the back, and the whole thing is conveniently and (more importantly) SECURELY mounted to the tripod.  No more tape.  No more Velcro.  No more dummy head falling and taking my binaural mics with it.  No more trying to carve pits into dummy heads for the camera to sit in.  The Free Space Pro Binaural Microphone has simplified filming for me...I like simplification...I like it so much.   http://www.howaboutwe.com/date-report/wp-content/uploads/2013/02/18.gif

It has made editing easier for me too.  Because of the sound quality of the mic, I don't have to edit any of my audio in Audacity anymore.  I keep the raw audio and do my normal video editing.  No more playing with levels, normalization, high pass filters---nada.  There's no buzzing to remove.  There's no laptop fan to fight with.  All the grounding issues and background noise troubles I had are now moot.  And I can listen to it with headphones whenever I want while recording---I don't have to go stop Audacity and do playbacks throughout filming.  I might propose to this mic...I might need to marry it.  :P  http://www.gurl.com/wp-content/uploads/2013/05/Funny-gif-excited-kid-baby-happy.gif

You guys know I'm not tech savvy at all---so it doesn't hurt that all you have to do is turn on your recording device (I use the ZH4N), turn on the Free Space Pro, and press record.  However, if you did have questions about operations, the website has everything written out for you.  Many of you might remember that I couldn't get my original binaural mics working for two months (and I had some fantastic people helping me).  The 3DIO website has everything you could want to know written there for anyone to see.  I think that's pretty decent, considering my original mics came with no instructions, and I eventually needed to buy additional equipment for it.

Lastly, the mic is portable!  Now if I want to, I can take my tripod outside and record the night.  I can sit in my car during a shower, and record every drop hitting my roof.  I can record roasting marshmallows around a fire pit if I wanted, or even take it to the beach---because I am not tied to plugs, or laptop batteries that die in less than an hour (grrrrr).

I am writing all this for a reason.  When I first started looking for binaural mics to buy (in December of 2012), I was largely on my own.  People didn't really talk about what mics they were using.  It was only after I received help from ASMRByDesign that I was referred to a new mic I could use (though never fully to my satisfaction).  One of the most common questions I am asked is "What mic do you use?"  Having been in that position before, I know that shopping for equipment (especially if you have no prior knowledge about it at all *cough ME cough*) can be daunting.  So I wanted to give you my perspective on something that has made me happy, because it makes creating content easier, has opened up new possibilities and locations for filming, and it allows me to be more satisfied with the work I put out.  This mic has helped me, and maybe this information can help you (content creators or people thinking about creating content)---It is my hope that it will help my viewers relax, tingle, and fall asleep.
http://24.media.tumblr.com/tumblr_m9bnn2J3yl1qb2xk1o1_500.gif