Can you guess what's coming? 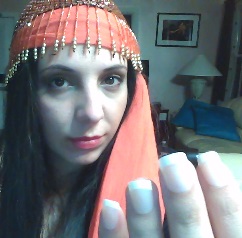 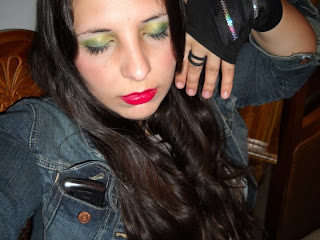 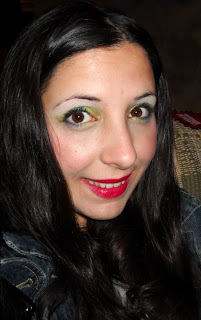 I couldn't pick which gif I wanted to use with this.  So I am using both.

It's Been A While

Hello!  This week is the first one in a while that I have been feeling not only better, but happier.  I have my fingers crossed that by the end of next week, I will be myself again...and eating all the foods!  :)
http://media.tumblr.com/tumblr_m7j2oeBfwh1qd7kiv.gif

I have been making an effort to sleep less and finally not at all during the day.  I was sleeping a lot.  A lot a lot.  I was also getting very bored not being able to do anything aside from game or netflix---don't get me wrong, I love to do both, but not 24/7 for weeks.  I have to say that I don't regret making the update video.  I didn't want to do it, and I thought I was going to regret it for sure---but the comments, messages, and videos I have received, have been the sunshine on some cloudy days.

The pessimist in me was expecting some backlash for being truthful---yet out of thousands of responses, not even a handful were in poor taste, and nearly everyone was so supportive and kind.  It wasn't just viewers---there were content creators who wrote me, checked up on me, and even made other extremely kind gestures through video that I will hold very dearly for as long as I remember it---and I don't forget things, haha.  It's strange for me to have people know what's going on in my real life...I try not to be especially personal in my vids, but the few times I have been have reminded me how wonderful most of the people that inhabit this little corner of the internet are.

The responses to my update video have also alleviated this strong sense of guilt I was feeling about not being able to produce the usual amount of content for July, or write back to every comment I had received.  I know that many don't understand why I would feel this way.  I have always tried to have reciprocal relationships/interactions, and from where I stand, I owe a lot to you guys.  You either create content that helps me sleep, or you let me try to help you (which in turn makes me happy).  I always feel indebted.

I am itching to make videos again.  I have been jotting down ideas for new role play for weeks now, and have even purchased new props for some of the more elaborate ones I have been scheming about.  I can't wait to start putting it all together.  There are three in particular that I am especially excited about.

While I haven't been doing regular stuffs, I played "The Last of Us."  I finished it pretty fast, and I have to say I really wasn't feeling it in the beginning.  I thought it was going to be a shooter with a predictable story line.  When two new characters were introduced, things changed for me.  I became invested in the story line, and then I was hooked.  There were parts of the game where I had my hand over my mouth horrified, and others when I would thrust my fist in the air with vengeful triumph.  It's the best game I have played in a while.  I tend to love games that deliver with good story lines---this one delivered.

I have also watched a ton of horror films and shows on Netflix.  I rewatched my fave eps of "The XFiles" (and subsequently went on a "Walking in Memphis" binge for 48 hours) and "Buffy,"  and also discovered a found footage movie called "The Bay" that left me uncomfortable for a better part of a day, so there was that.

I am going to close this out by thanking everyone for being so understanding, kind, and encouraging these past few weeks.  I also want to give a special thank you to the content creators who knew I was going to have this surgery, but didn't tell anyone, and let me make that decision for myself---and to the content creators who reached out in a very special way that warmed my heart, and made me smile so much.  Finally, I need to thank the person who was with me nearly everyday before and after surgery, giving me a safe place to be scared, and making sure I wasn't jumping back into anything too quickly.  Thanks for taking care of me in a way only you could.  I have so much love for all of you.  <3
Posted by Unknown at 9:43 PM 12 comments:

Update after "An Update"

Hello! Just popping on to say thank you SO MUCH for the incredible messages/comments.  I had my surgery a few days ago, and am resting/healing up.  I wanted to make sure you guys knew I am okay.  So far so good.  :)  I wanted to clarify that I will still be posting vids this month---I worked hard to make vids in June for July---I just can't be here as much interacting initially.  I am very tired much of the time, and thankfully I have people in real life & online who are taking care of me and making sure that I stay in bed (instead of on the computer for very long...cause I have tried that, hahaha).  I can't tell you how it felt to wake up and see how much support and well wishes were on my update video/reddit---it touched me more than is probably reasonable...especially because a huge part of me didn't even want to post that video.  Even though I don't feel super awesome (physically), I feel so damn lucky for you all (viewers and content creators), and the people in my life who have been watching out for me (even though I may grumble at them when they try to kick me off the computer, hahaha).   Thank you for being understanding, encouraging, loving, supportive, and wonderful as always.  For real.  <3