Can You Guess What's Coming? 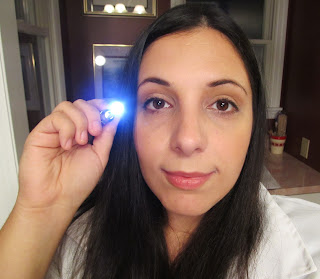 Hopefully this will be up next week.  While I was filming, I didn't know I had a makeup brush hair on my nose for the first 10 mins of the video.  Le sigh.  I had to do two takes of this one, and after 4 hours, I was pretty satisfied with it (even with the edits and errors)...and then I saw that hair...grrrrrrr.  I hope it doesn't detract from the effectiveness of the video.
Posted by Unknown at 8:21 PM 3 comments:

My Top Five Favorite Intentional ASMR Videos of all Time: #1

It took a while to get here, but the time has come.  The number one video on my list (as of today) features one of the most popular ASMRtists, but doesn't show her face.  The video is simple, and is "powered" by only the sounds of the creator's voice, hand movements, and the occasional spritz of a perfume bottle.  Do you know which video I'm talking about?

Pat yourself on the back if you thought of QueenOfSerene's amazing Fragrance Counter Role Play!  The video can be found here:
http://www.youtube.com/watch?v=kM64L4pv4GA&feature=plcp

I've always been triggered by QueenOfSerene's voice.  She has a rich voice that has a hint of a gravelly texture (in the best way possible).  She's lovely, and all her videos come across as very professional..I'm convinced she's a jack of all trades.  I've fallen asleep to her videos literally hundreds of times---but her perfume video lit up my body with tingles from the start.  There were no little tingles, it was full blown base of the spine seizing tingles that knocked me out in the first 10 minutes.

There's something about watching someone apply perfume that has always struck me as elegant.  You don't get to see anyone apply perfume to themselves in Q.O.S's video---but her voice communicates that slow grace (if that makes any sense).  Q.O.S has a remarkable understanding of ASMR.  The lady knows triggers, and executes them with precision.  The way she handles the perfumes---like a home shopping model---is perfect.  She also has a variety of bottles that produce different sounds---making the video akin to a sound assortment video without all the unrelated props.

My favorite moment is early in the video:  it involves the second bottle of perfume that Q.O.S displays.  The perfume is called "Purr," and has a little dangly accent on the bottle.  When Q.O.S says "Purr" and then the little accent clinks against the bottle, I pretty much disintegrate into nothing but tingles.  I can honestly say that I have watched this video close to 100 times, and didn't get past the Purr bottle 90% of the time.  It's such a small, short moment, but it has a tremendous effect on my ASMR.  If I am fortunate enough to make it past that moment, the rest of the video doesn't disappoint   Each bottle offers a unique sound, and it complimented by Q.O.S's hand movements and nails.

The fragrance counter role play was the first ASMR video I ever regarded as "perfect."  There's not a misstep, there's tapping, slow movements, changes in light, a wonderful voice, and a few unintentional sounds  that make the intentional video magical.  This is why QueenOfSerene's perfume video holds the top spot in my top 5 intentional videos countdown.
Posted by Unknown at 12:36 AM 2 comments: 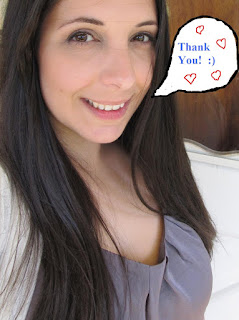 Hello everyone!  Today marks the end of my second month making ASMR videos.  I have been watching ASMR videos for close to three years now, but I never had any inclination to make videos.  Then September came, and I was taken by a sudden strong urge to start---seriously, I got up off the couch and needed to make a video.  I wanted to do it in the hopes that I could provide the same gift to those who had helped me sleep every night.  I posted my first video, and the next morning I had six subscribers---and that was AWESOME to me.  I thought it was wild that anyone wanted to see my videos.  I slowly began to get more subscribers, and then encouragement from people that I turned to for my own restful nights.  I can't describe how it feels to have someone you watch often, admire, and feel grateful for, write to you in support of what you are trying to do---it's exhilarating.

The community has been so warm and welcoming to me.  I feel so lucky that this community exists, and that it is so kind and accepting in nature.  We are all joined by our experiencing ASMR, but we all experience it differently---yet for the most part, we respect each other and our individual triggers.  I love that.

As a result of the two months that have flown by, I now have 3,918 subscribers, and 300,778 views.  This blows me away!  I never thought that I would find a hobby that I enjoy as much as I do making ASMR videos.  I watch ASMR videos for sleep at night, and now I make them for my own relaxation during the day.  I have gotten to revisit my childhood, and discover hidden treasures because of this endeavor.  I am so thankful to everyone for your letters, artwork, comments, the new friendships, and most importantly for allowing me the opportunity to find an new additional source of happiness in my life.  Every day I get to learn about myself, revisit my past, and feel fulfilled doing something that might help people (instead of just watching television).

I sincerely hope that my channel provides you with what you need to sleep, relax, or just go to bed with maybe a little less worry, and a little more happiness.   I know what it's like to not be able to shut your brain off, I know how frustrating it is to be laying in bed for hours, checking the clock, and wondering why you can't fall asleep.  We are all very lucky to experience the "tingles," and I hope that we get to continue experiencing them together for a long time.  Thank you for everything.  <3
Posted by Unknown at 10:11 PM 4 comments:

My Top Five Favorite Intentional ASMR Videos of all Time: #2

This entry is going to be a little different from the others, because this one is a tie.  I struggled between picking one over the other, until I realized why I was struggling:  The two videos are very similar in that their creators are very similar.  Both have higher pitched, soft, delicate voices.  Both require very little aside from those voices to induce tingles.  Both are responsible for me getting some of the strongest tingles I've ever had, and both can knock me out in under 10 mins.  So why pick just one?

The first video is by asmraurette, and can be found here:  http://www.youtube.com/watch?v=ioVuSguMtq0

Asmraurette is newer in the community, but has quickly amassed an astonishing amount of views and subscribers in a short period of time.  This is no fluke, or stroke of luck---the lovely lady's voice sounds like it was made for asmr.  She conveys comfort just by speaking.  She also is rather articulate, and pronounces her words perfectly while keeping them soft.  Her movements look natural, but are slow enough that they make my spine explode in tingles.  When she traces the shape of the butterfly on her face, I'm done.  The base of my spine melts, and I pass out.  Asmraurette is one of the few who can a video about anything, and it will always trigger tingles.  She's just got that nature...the asmr "it factor," if you will.

The other video that is tied for #2 was made by a woman named "Cutebunny992."  Her channel no longer exists, but fortunately someone saved her videos and posted them so that people could still benefit from their sedative natures.  The video I hold most dear from Cutebunny992 can be found here:  http://www.youtube.com/watch?v=MwjM1CF6m34&feature=g-vrec

This video was my first introduction cranial nerve examinations.  I had never even heard of one before this video, and had no idea how much my asmr would be triggered by them.  Cranial nerve examination videos are perfect for asmr because they require slow motions and personal attention.  Add Cutebunny's voice and accent, and it's an asmr bomb that detonates the tingles as soon as the video begins.

Cutebunny and Asmraurette have similar voices.  They both are very soft and airy without sounding forced.  They both don't require props in order to give tingles, they are conductors in themselves.  For those reasons, they both hold my #2 spot.
Posted by Unknown at 11:36 AM No comments:

Can you guess what's coming? 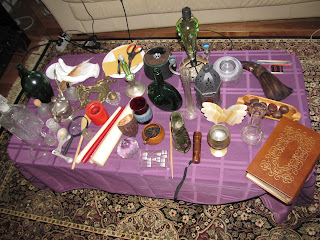 Posted by Unknown at 8:55 AM No comments:

My cat doesn't want you to get tingles. He really really doesn't.

My Top Five Favorite Intentional ASMR Videos of all Time: #3

On to number 3!  This video is brought to you by Amal, a beautiful and quick witted content creator.  Her video can be found here:
http://www.youtube.com/watch?v=rujZxZkon-4&feature=plcp

Amal has a special quality to her, and I think it comes from her personality.  She's confident, and in my opinion, that confidence translates into that easy going quality of her voice.  Listening to her is like listening to a friend.

Amal has lots of great videos.  Her ASMR efforts feel so natural.  She doesn't have to work to give tingles to the viewer, she naturally possesses a voice like honey and smooth gesturing. So what makes her nail salon video so special?

I like videos that have variety in triggers.  I like different sounds and movements because (for me) too much repetition dulls the tingly sensation, which is probably why I gravitate to role plays so often instead of specialty videos (like just tapping, or just scratching).  Amal's nail salon video has a lot of triggers, presented in a subtle way:  there's water, tapping, counting, whispering, presentation, and personal attention, spread out throughout the video.

There are plenty of videos out there that posses the traits that Amal's nail video does---but for some reason Amal's nail video knocks me out.  Every time.  Halfway through.  I have watched it so many times, and it never fails to deliver.  For that, it gets my #3 spot.
Posted by Unknown at 8:14 PM No comments: